Well we’ve come to the final instalment of the Big 9 pillars of APA’s philosophy.  We have already introduced the 6 levels of APA’s Philosophy 6 (which I explained in the context of Strength development).   I also briefly mentioned my thoughts on the commitment level of children to a sport in my post on APA Philosophy 1

In this final instalment I want to talk about how much training and competition is typically recommended by APA.  This information is in the context of Tennis but it could apply to many sports which have an emphasis on daily sport skill practice.

The Training Week: How many hours?

We work towards a total amount of training of 27-30 hours per week which we work up to over the young athlete’s career.  The ratio of Tennis to S&C varies slightly but it is typically biased towards Tennis around 2.5 : 1

The Table below is loosely based on the LTAD model (Balyi, 2004).  I would strongly recommend you read the article by Oliver and Lloyd (2012) in Issue 26 of Professional Strength & Conditioning.  They talk about the trainability of biomotors during childhood.  Specifically, they acknowledge accelerated improvements in physical fitness during the pre-adolescent spurt (5-9 yrs old) and during the adolescent spurt (peak height velocity).  But they make a really good point that just because these natural development periods exist due to growth and maturation that doesn’t assume that these biomotors aren’t responsive to training at other times in a child’s development.  For example they say that endurance, strength and power can all improve throughout childhood, not just during these perceived ‘windows of opportunity.’

As you can see I am training all biomotor abilities throughout the young athlete’s career but I have highlighted in RED the ‘focus’ of the training.  In essence neural abilities are emphasised earlier in the development process such as skill and speed, and strength is the big focus after puberty where we are aiming to make structural gains in cross-sectional area of the muscle.

The example is based on group training suggestions with athletes doing between 8 and 10 group sessions per week.

In previous posts I have talked about being a fan of 3 x strength workouts a week so I don’t want to contradict myself here by showing 4 x strength workouts.  This is just an example.   As time may be pressed to get energy system development (ESD) work done if you only have 3 sessions then just to be clear, you would need your athletes to do their ESD work in their own time.

How many training and competition weeks in the year?

To start off this discussion we need to define what competition weeks are.  This is a big topic of debate, especially in Tennis.  Istvan Balyi talks about progressing through single, double, triple and finally multiple peaked years where at the end of a training phase you are at a physical peak ready for the most important competition at the culmination of training.  A single peak represents a build up to 1 main competition in the year.  A multiple peak year is one where there are at least 4 important competitions to peak for.  In Tennis in the UK players compete nearly every week so it is not quite like athletics where you have a defined off-season and then a defined indoor and outdoor track season. 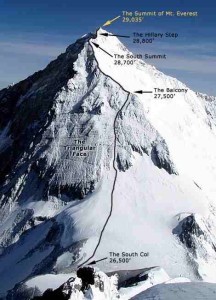 I don’t subscribe to the peaking principle in its literal sense for young athletes because for me the peak represents the top of the mountain.  My younger athletes won’t have fully developed all of the biomotor abilities to their fullest extent as they are still on the ascent up to peak performance.  So I take it with a pinch of salt when a Tennis coach says they need their player to be at ‘peak’ performance level at a certain stage in the year.

What they are really asking is if you can make sure they a) are not exhausted and b) they are sharp and feeling light and bouncy on their feet.

For a similar reason this is why I don’t do training blocks in the strict sense of the word with young athletes.  Usually a ‘physical’ training block is something professional athletes do in the off-season where they completely back off their sport skills in order to put all their energy into getting strong/powerful and more conditioned.  We wouldn’t want to back off the sport skills in a developing athlete.  However, you can still apply the principle of training and competition weeks.

For example the International Tennis Federation (ITF) have made recommendations in the past.  I will give a few examples below:

What is the blend of training?

For the younger athlete doing 16 weeks I would shift the focus from:

For the older athlete doing 8 weeks I would shift the focus from:

In reality we don’t have such strict training and competition start and end points as Tennis players are competing throughout the year.  I know some countries are more black & white and don’t do any tournaments while they are in a ‘training phase.’   I prefer to think of it this way:  it’s not that you can’t do any tournaments while you’re in a training phase, but if you can limit them to domestic UK based events and preferably weekend ones instead of international week long ones that’s much better.

No blog on LTAD would be complete without a comment on this.  The LTAD model of Balyi and co-workers adopts the philosophy of Ericsson  et al (1993), believing that it takes 10,000 hours or 10 years of deliberate practice to achieve mastery and reach elite level.

I personally find the research by Moesch et al (2011) quite appealing which showed that those who reached a elite level trained less in earlier childhood than those who failed to reach elite level, but increased their training more than their non-elite counterparts in late adolescents.

Tennis is tricky because although the top players peak in their mid 20s there is no doubt that the best juniors started playing and indeed specialising from a young age gaining them junior ranking success and the resultant NGB funding and coaching  that this position affords them.  They then maintain this elite status throughout their adolescence because of the coaching they receive.

I personally like to suggest to parents that their children sample a range of sports between 5-12 years, begin to specialise in a chosen sport between 13 and 16 and then invest heavily in a sport from 16 yrs onwards if committed to achieving excellence.

Well that’s all folks!!!! I hope you enjoyed my 10 Philosophy Posts and I would welcome any comments on anything you have read!!!

APA Philosophy 8- Training Density- 3 is the Magic Number Talent: what does it look like?
Scroll to top