This year I have been fortunate to have a number of coaches assisting in various roles within APA.  One coach in particular Shay Khan, had a fantastic opportunity to go to Kuwait for two months, which came having just completed one month working at Gosling Tennis Academy with the junior academy squads.  I wanted to ask Shay what he learnt from his experiences and what were the things he took from APA that he was able to use in Kuwait. 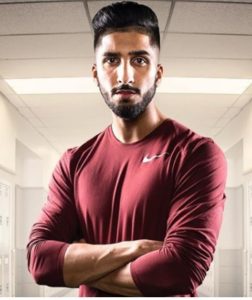 Transitioning from Youth to Adult Strength and Conditioning.

I had the fortunate opportunity to work abroad (Kuwait) as a Strength and Conditioning (S&C) coach for MMA (Kickboxers, Muay Thai, Brazilian Jiu Jitsu and Karate) Athletes for two months. Prior to taking up this opportunity abroad I was currently working under APA at Gosling Tennis Academy as an S&C coach for younger athletes.

What aspects of the APA system were you able to apply to the role in Kuwait?

Transitioning into the adult population in a different country was not only a challenge due to potential language barriers I was going to face but also coaching athletes who participate in a different sport to tennis. One of the things I took away from the Tennis Academy was the 20:20:20 split of skill, speed and strength which I thoroughly used in the youth strength and conditioning classes in Kuwait. So for a 60 minute session there would be a 20 minute focus in each fitness component.  I found that the split allows a variation of exercises to be used but also to keep the sessions fun and not repetitive.

Moreover, as there was s&c support already there in place I was in a position where I could challenge myself in those two months to make a change with an athlete that joined as I got there, which allowed me to carry out testing / analysis and making a programme for someone who never previously had strength and conditioning. From gaining experience in the tennis academy I could transfer what I had learnt into this new environment. For example, in the tennis academy we carried out a Physical Competency Assessment (PCA) which I also used in Kuwait. I found that really working on the basics at Gosling Tennis Academy such as a simple overhead squat or a single leg hop creates a brilliant foundation for correct movement qualities which can then be transferred as the individual progresses (age) onto a higher level. 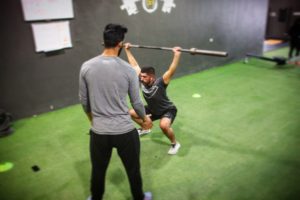 One thing I’d take back home from my experience?

Working abroad has allowed me to independently use my experience and knowledge that I’ve gained in the past to work autonomously. One thing I’d take away from my experience and use in future coaching settings would be to challenge myself but also not to be afraid to try something new whether that be in programming / testing / analysing but also coaching outside of my comfort zone.

What is First Step Speed- who cares?