Konrad has done a terrific job of summarising his thoughts on feedback and also leaves a few of his own thoughts on how this could relate to youth athletes.  This is a two part blog.  In case you missed his Part 1 you can read it HERE

Part 2- Coaching Feedback: Are We Talking Too Much? 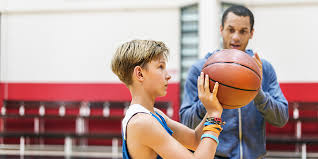 The what: A brief overview of the Different forms of feedback

This is used to reinforce a positive outcome and behaviour. Additionally, it can be used as a motivational tool; as mentioned in the previous blog, building self-efficacy in youth athletes. For example, instead of ‘great squat’ try ‘Great squat! You achieved the appropriate depth with a neutral spine’.

Although it may be tempted to lump this in with punishment, it is not the same. Negative feedback raises the awareness to the athlete that movement/behaviours do not coincide with goals or key performance indicators. Similar to Positive feedback, prescriptive feedback is more beneficial to the athlete. For example instead of “that was a bad squat” try “next time, let’s work on hitting the agreed depth, with your chest up & out”. ALTIS explains that “this is useful for the cognitive and associative stages of learning where formative programs are being developed and refined”.

Extrinsic feedback also known as augmented feedback is emerging as one of the most powerful forms of feedback.

It forms into two groups ‘Knowledge of results’ and ‘Knowledge of performance’. Knowledge of results refers to feedback related to performance outcome for example, time and height. Interestingly, Winstein & Schmidt (1990) found that learning a new skill and providing feedback 50% of the time was more effective than providing feedback 100% of the time, the maxim ‘less is more comes to mind here’ also, I am starting to notice that elite level coaches do not waste their words or talk too much.

Knowledge of performance (KOP): This is the one that I find really interesting. KOP refers to feedback toward the quality of the movement/technique or process. This could take many forms such as video review, physical gestures or tapping a part of the body to create awareness. Guided questioning can also support guided discovery, this involves asking the athlete a series of questions to achieve a solution, for example; where should my head be gazing in the squat? Or where does the bar sit when performing a back squat?” Now, the guys at ALTIS do a very good job in explaining guided questioning is useful when trying to develop analytical abilities and independence, by thinking about their response.

Intrinsic feedback refers to a person’s own sensory-perceptual information as a result of the movement being performed. Intrinsic feedback occurs during the movement itself. Sensory processes include proprioception, touch pressure, and audition. Coaches who have been in the game a long time note the effectiveness of auditory cueing for example clapping, tapping, creating a rhythm to solidify the connection between desired rhythm and execution especially when it is tougher to describe it verbally. 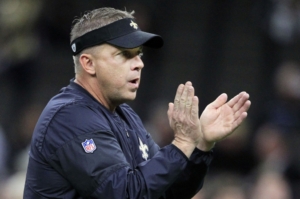 The when: Feedback timing and scheduling

Timing be split into two groups concurrent and terminal. Timing is very important to prevent paralysis by analysis and a repetitive white noise. Timing can also be relevant to the complexity of the task, with more complex tasks benefiting a more terminal approach, to prevent a worsening of the movement.

When would you use concurrent or terminal feedback?

Some coaches do not agree with using concurrent feedback as they feel it’s a distraction. On the other hand coaches like Nick Winkelmann, suggest that the continuous movement lends itself to repetitive external feedback such as “push, push, push!!” if we are looking at the rhythm and frequency aspect of sprinting. I agree with ALTIS’s view that modes of feedback lie on a spectrum and is dependent on the athlete you are working with. Some athletes work well with concurrent feedback others find this inhibiting.  I also feel that we have to consider the session or exercise type as previously alluded to.

A constraints based approach

I used to head the strength and conditioning at a high school and I found that the P.E teachers did this very well. A Constraint places a limit or a restriction on a task this includes spatial or a time constraints. A gym based example would be placing a mini-band around a knee if the athlete is displaying knee valgus.  A sport based Rugby example would include awarding extra points for scoring a try through getting the ball to the wide channel, using the width. The first example will encourage the athlete to push out against the mini-band for optimal knee alignment, whilst the second example will encourage a team to utilise their faster wingers whilst spreading the opposing defence thin.

Would you like a FREE Fun Games for Kids eBook?

The course at ALTIS did a good job in suggesting that the effectiveness of feedback we provide as coaches can be optimised by matching the stage of learning a performer is in’. They break the stages of learning into 3 stages, the cognitive, associative and finally the autonomous phases of learning. An in depth description of these different stages of learning will fall outside the scope of this blog but I still want to provide you with some information around this, in relation to feedback. 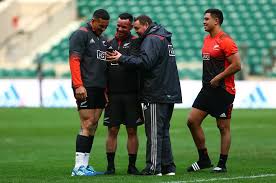 My opinion: Are we talking too much?

This is something I am becoming increasingly conscious of, in my coaching. It’s very easy to get wrapped into giving feedback in an essay format, perhaps it is to appear smarter than we are or it’s simply a case of trying to correct too much at once. Or, we have someone overlooking our session and we want to appear as though we are doing our job. But, let’s try and look at it through the eyes of the athlete, we all have a cognitive bandwidth which is essentially a limited mental space, if we provide too much information at once, all the time, it can lead to frustration, low self-esteem and a potential strained relationship between the coach and athlete. In my humble opinion we should look to keep the feedback constructive and effective, using cues that are appropriate to the athlete and their stages of learning. Finally, a question that we could all ask ourselves is “What types of feedback can we use that has maximum impact and subsequent behaviour change?”

Thanks for reading guys,

Show me, tell me, and encourage me: The effect of different types of feedback...

How To Manage the Individual in a Group
Scroll to top