So for those of you who weren’t able to make it this time here is a quick overview of what we covered at our latest APA S&C workshop.

I started proceedings with a practical session on Coordination training for young athletes.  I opened with a definition for the overall role of the S&C coach, ‘to develop an athlete’s physical abilities to optimal levels so that they can move and compete at a higher efficiency level.’

This definition is important because it refers to both the physical abilities and the concept of efficiency.  If you have seen the APA Philosophy page you will know that we like to refer to the 5 S’s to keep things simple (suppleness, skill, speed, strength and stamina).  Well, this workshop focused on Skill- specifically coordination and also Strength; both of which in my opinion have a huge impact on an athlete’s ability to move efficiently.  Below is some more information on Skill.

Skill is a word that is thrown around a lot in the context of playing a sport so surely this is the domain of the technical coach or ‘skills’ coach not the domain of a strength & conditioning coach.  Our job it is to make you run faster, get stronger and last longer? Right?  Wrong.  In fact most sports skills are build on solid movement foundations and most sport skills are simply combinations of simple movements.

To make it easy for my athletes and fellow coaches I break down skill into a few categories:

Locomotion- skills that get you from place to place such as running, jumping, hopping

I have included three videos below to give an example of locomotion, manipulation and balance

For this workshop I talked about how balance, coordination and reactions could fit into a warm-up.  I used the RAMP format, which I outline below:

M-Mobilise: mobilise all the muscles of the body especially hip and back using variations of crawling and lunge patterns.  Even though these movements are primarily chosen for their ability to loosen the muscles it is easy to see how crawling and lunging patterns can add a new dimension to the young athletes movement skills in terms of locomotive coordination.

P-Potentiate: this basically means ‘switch on’ the nervous system using high intensity dynamic movements.  This is yet another opportunity to expose the young athlete to locomotive coordination patterns.   I stressed to the coaches how important it is to coach the locomotive movement patterns well, such as skips, hops, jumps, side shuffles, cross-overs and back pedals.

I also said this is the place in the warm-up where I like to use reaction games to start to transition to chaos ready for the practice that will follow. 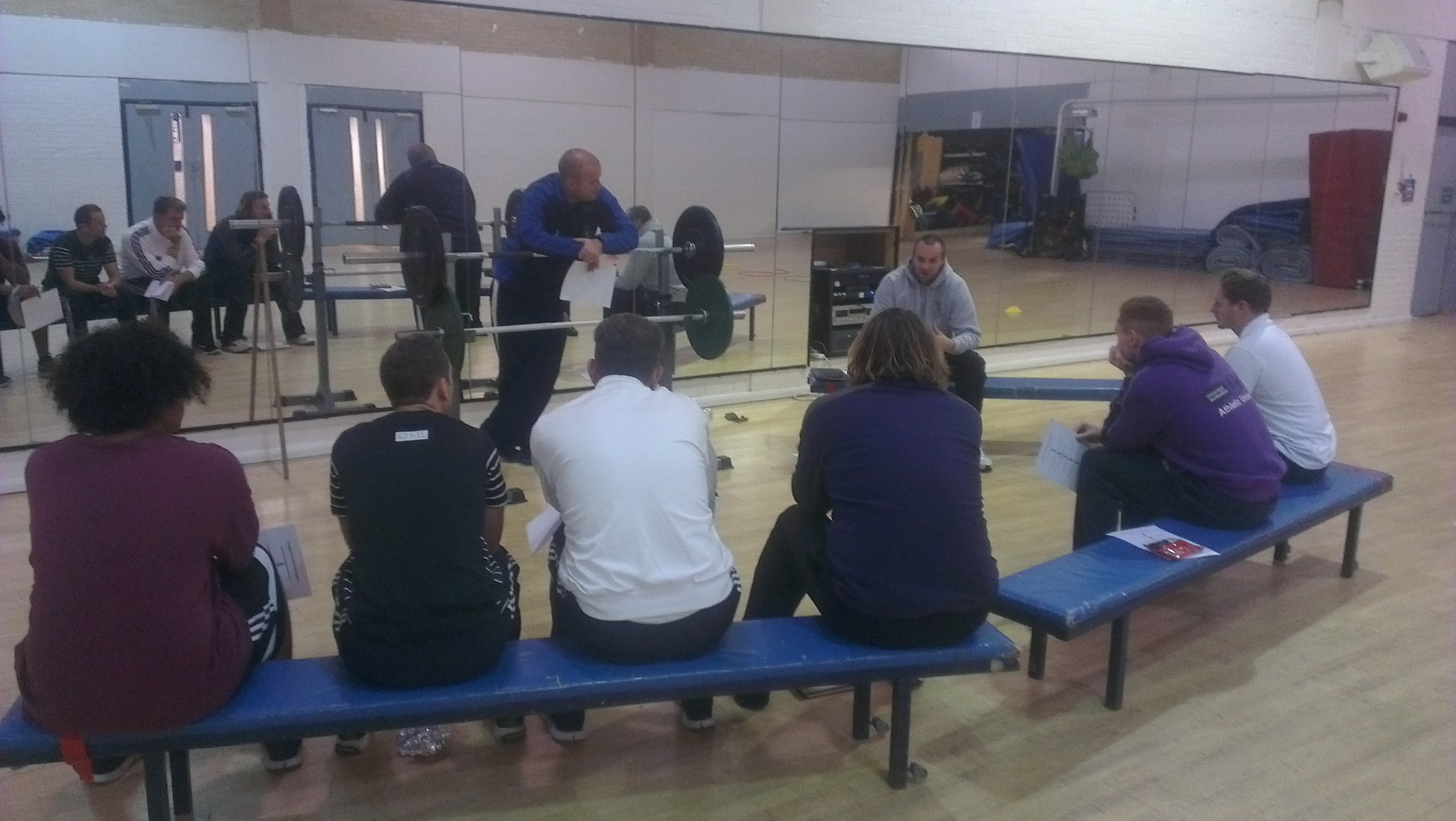 Ben talked about the importance of screening players first and he used an example of the overhead squat test to determine where an athlete’s start point is.  He then offered several progressions which included bodyweight exercises, light bars, barbells and finally explosive lifts such as a power clean.

Because it was guided by the audience Ben also took questions around working within different sports, the challenges of working with athletes who are always competing and the strength needs of veteran athletes.

Finally we were delighted to be able to have Harlequin’s Professional Rugby player Ross Chisholm join us and talk about his experience of Strength & Conditioning growing up, playing different sports, having a supportive family and talking a little bit about his daily routine at Harlequins. 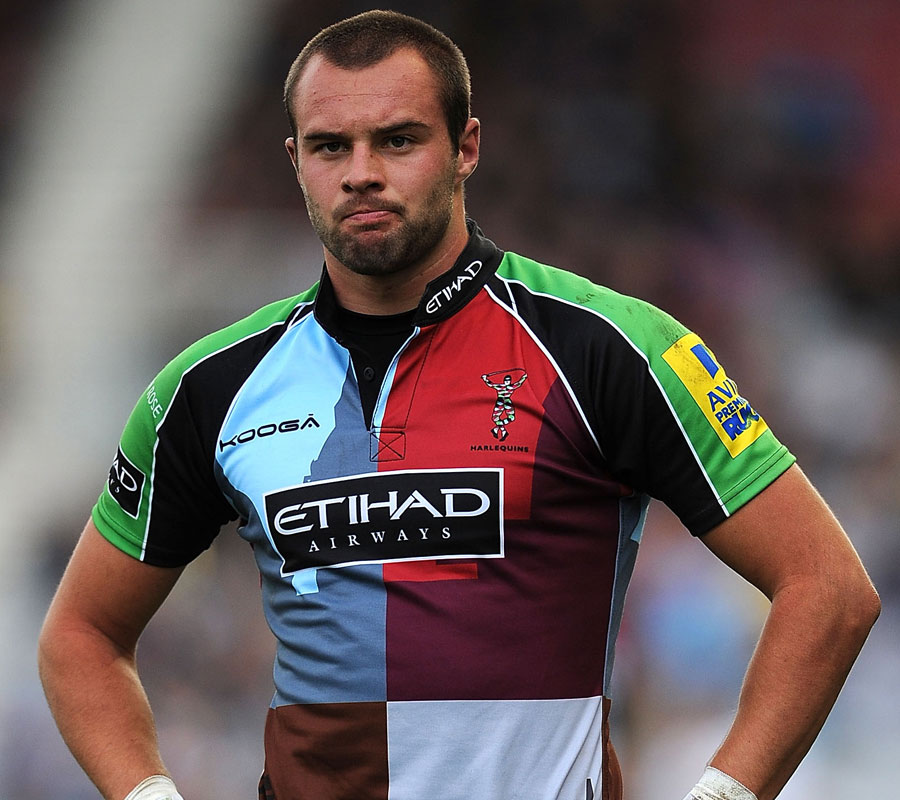