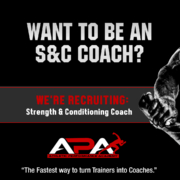 This year Athletic Performance Academy (APA) have exciting partnerships with a number of fantastic organisations.  We are looking for inspirational, honest, professional and courageous strength & conditioning coaches to join our team. 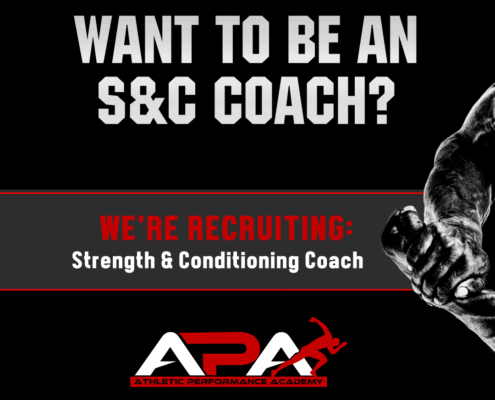 We are recruiting part-time strength & conditioning coaches at the following venues. 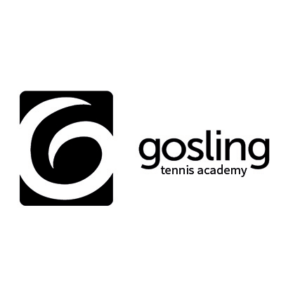 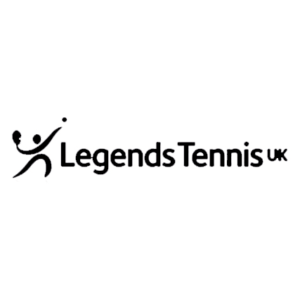 Remuneration for all the roles is £10-17 per hour based on experience.

Essential criteria for this role to include:

Desirable criteria for this role to include:

Interviews will be held week commencing the Monday 30th July  2018 at Gosling Sports Park, Welwyn Garden City, Herts. If you are successful at interview, you will be required to start work on the 3rd September

We are also looking for coaches wishing to gain experience in a high performance environment who are passionate about working in youth sport.  There is an opportunity to experience a range of environments that APA are operating in.

In addition to the above sites we also run strength & conditioning programmes at:

We need coaches who can volunteer 5-10 hours per week of their time.

This may lead to paid opportunities to cover our coaches as required and also do private coaching of your own as demand grows.

Interviews will be held week commencing the Monday 30th July 2018 at Gosling Sports Park, Welwyn Garden City, Herts. If you are successful at interview, you will be required to start work on the 3rd September 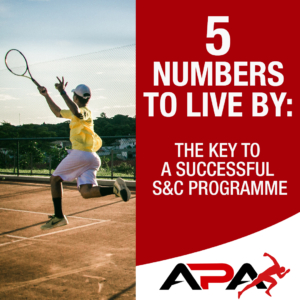 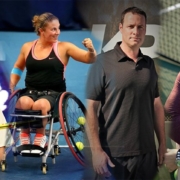 Last weekend I attended my first LTA National Coaches conference. I have been working in Tennis since 2003 but have never been before.  The conference is for tennis coaches and since I’m not a licensed Tennis coach I don’t get invited.  This year I was asked if APA wanted to have a stand at the exhibitors area but I thought it would be more fun to be a delegate!

I really enjoyed it and there was a good mix of technical-tactical-mental-physical based themes so something for everyone. Sunday was a bit more focused on Tennis with Louis Cayer presenting on the British Tennis Doubles system and Julie Blackwood presenting on Sport Psychology for Tennis.  Simon Timson (LTA Performance Director) also presented on the LTA Player Pathway and the Performance Strategy, which has the objective of ”making GB one of the most respected tennis nations in the world for player development.”

Saturday had a bit more of a physical theme with Mark Kovacs and Ruben Neyens so I thought I’d summarise those. 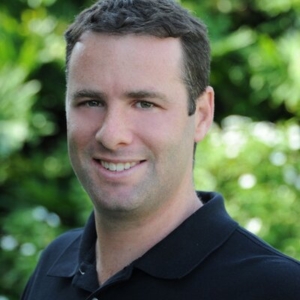 Mark took us through his 8 stage serving model and common faults and solutions.

The most common incorrect coaching cue is:

In order to increase your serve velocity rather than focusing on these cues ask your players to load your back foot more.  Back foot loading and the ‘twist rotation‘, according to Mark, is the key to a fast and efficient serve.

He also took us through some injury prevention ideas for the hips and shoulder that can be done during warm-ups.  The main elements are:

In the practical we went through some band walks for hip stability (see below). Mark said the closer the band is to the hips the easier the exercise- the closer to the ankle the more difficult. 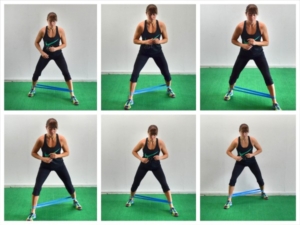 We did some shoulder band work looking at band external rotations with elbows tucked against side of body and thumbs up (see below), as well as the 90-90 variation with elbow in line with shoulder.  We finished with a Y raise with band attached to net.  For shoulder mobility we looked at the side lying sleeper stretch as well as the standing version, where you place the back of your fingers against your lower back while you gently pull the arm forward with the the other hand by grabbing it from the tricep. 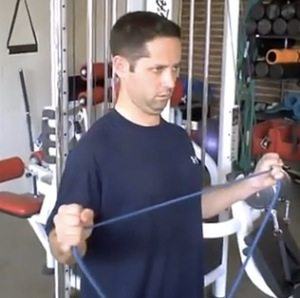 Mark also showed an example of a seated rotation exercise to improve thoracic rotation.  I had seen Sue Falsone show this at a coach education day with Mike Boyle Strength & Conditioning but have never used it myself. You sit on the floor cross-legged with your hand up in a ‘don’t shoot’ pose on the side of your head.  Then rotate to one side, hold it for a moment, then perform a side bend. 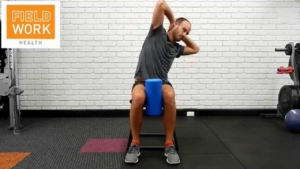 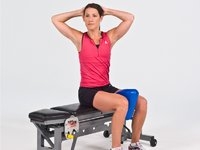 The idea is that the side bend make use of the contract-relax technique.  When you side bend you contract the opposite muscle (obliques) which at the same time relaxes the latissimus muscles and trunk rotators on the other side.

A few coaches also asked how to improve posture of their players as they tend to slouch and have rounded backs.  Mark showed a standing version of the wall slide- it’s easier to do it seated against a wall as it allows you to tuck your pelvis into a posterior tilt so you can’t cheat by arching your lower back.  By bending the legs it makes it even easier to lock the pelvis into position. 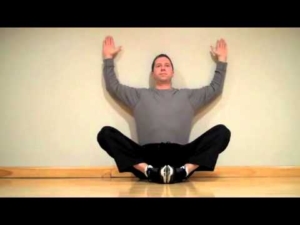 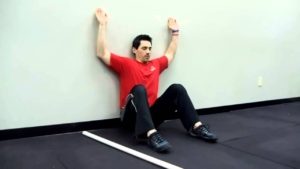 Overall it was a good lesson for me in terms of what tennis coaches want to see, some take away exercises that don’t need too much equipment or expertise that they can confidently incorporate into the physical warm-ups. 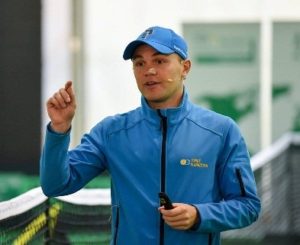 If you have seen the last few blogs you will know that APA hosted a Speed Workshop in June with Ruben as one of the keynotes.  Today was interesting because he was able to show case the other aspect of his role, with his work with the ‘Tennis Blue’ programme.  This work focuses on children between 4 and 6 years old, which is the stage before the well established mini tennis pathway Red (8-under), Orange (9-under) and Green (10-under).

Ruben spoke about the training philosophy and how to develop skills of sending, receiving and sending/receiving combined.

Ruben stressed the need to create a performance playground, a really fun space that uses equipment to stimulate the children’s imagination and excitement.  We want the children to be asking Mummy and Daddy, ”when do we go to Tennis again?”

He was in favour of giving them progressively more difficult tennis puzzles to solve, which mirrors his ideas on physical development.  He also wants to promote interaction between the children.  Much of tennis is about the coach working with the child, but its also really important to get the children working together in pairs and small groups.

He said it is easier to send the ball rolling it along the floor with a racket, and then hit it with a bounce, and then with no bounce (volley).  It’s also easier to receive larger balls such as balloons and beach balls etc and have fun ways to receive them such as hoops with nets, and big trousers that the children wear. So to give children confidence start with challenges where the children roll the ball to each other. 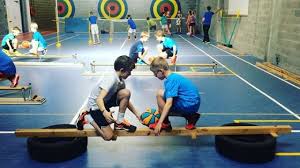 One of the delegates said that coaches feel under pressure from parents that the children need to be hitting balls over a net.  Ruben said that if you really wanted to- to settle parents- you could easily put a net in front of many of the challenges that Ruben had created, but that kind of misses the point.

Ruben had created challenges which require you to send different types of balls into different types of targets which are different distances and heights away.  Having a tennis net and sponge ball (in my opinion) limits the possibility to explore tennis in a fun environment.

The biggest constraint is that you need lots of equipment and indoor space. He said it’s well worth investing in the equipment because it creates a fantastic space that children will want to ‘play’ in and parents will tell other parents about.  As far as it needing to be indoors, Ruben said that in Belgium all the Blue and Red programme has to be indoors.  But for these ages you don’t need tennis courts.  In fact sports halls in schools and leisure centres are perfect because often they have more of the equipment you need to run these kind of sessions.