In recent months the Tennis Academy where I am based have been challenging the coaches (including S&C coaches) to coach less explicitly.  This got me thinking, what types of feedback am I providing as a coach, and as the leader of my company?  Is my feedback impactful? Is it driving the quality of movement and athleticism that ‘transfers’ onto the tennis court under time and fatigue pressure? Or am I just fixing a skill that looks good in a drill?

In this three part blog I will first look at explicit feedback, this is the feedback given by the coach. I’ll talk about the difference between Knowledge of Results (KR) versus Knowledge of Performance (KP).

In the second part I will look at the different types of external feedback form the coach.  In the third blog I will look at implicit feedback, which is feedback that you get from your interaction with the environment.  This is a way of getting feedback without conscious awareness of technique.

I must have written at least 10 blogs on how to create an optimum learning environment.  Only recently did I listen back to Craig Harrison speak on the Pacey Performance Podcast about what we can learn from the skate parks that kids love to spend hours at.  For one, it’s a place where there is no formal coaching taking place!  yet they will happily spend hours and hours there just trying out new tricks with their mates. 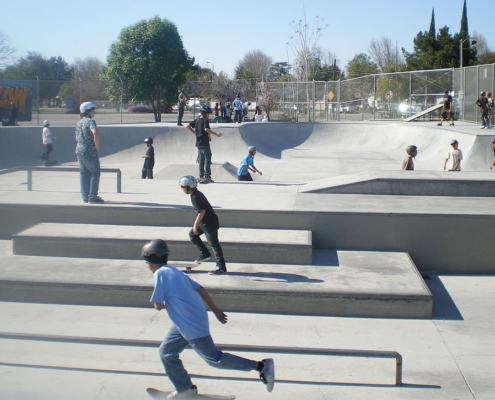 = These are your peers and/or children of the same level as you who you can really compete with!

In a skate park you will naturally see all of these children exploring together- and not one adult telling them how to skate!  I thought this was a nice analogy and I have previously heard both Nick Grantham and Darren Roberts talk about the ‘Performance Playground.’  I have to say I have struggled to fully embrace the concept of giving children a space to play in with obstacles that either I have created or ones that they have created…..and let them play and explore.  I think partly I have wanted to control the environment a bit more so there is more intentional OVERLOAD via repetition of a particular movement I want to develop- through ‘drilling the skill.’ 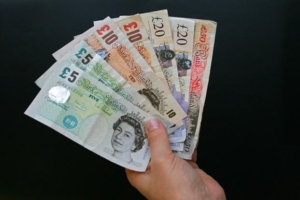 I also think it is partly the curse of the parent! I often feel parents expect the children to be busy, and the time it takes to set up an obstacle course (which is part of the fun!) might be seen outwardly as a ‘waste of time’ if they are paying for ‘coaching!’  I somehow feel the need to appear ‘busy.’  This extends to me feeling like I need to be saying things more often and giving feedback and tips to correct their errors as soon as I see them.

For an excellent review of the literature on feedback check out Mattspoint latest blogs on the topic.  Part 1 and Part 2. Below are some extracts:

When it comes to feedback types, at the core, there are 2:

In tennis, KR could be related to where the ball lands, how fast the ball is travelling, how much spin was generated etc. In the gym, it could be feedback on the amount of weight lifted, how far/high someone jumped, how fast they performed an agility task and so on.  Overall, KR is more number driven.  I often don’t provide any feedback on stroke mechanics as I want full focus on the target.

In contrast to KR, KP feedback relates to the movement that produced the outcome. KP feedback is a bit more complex as it’s less objective and thus can be more open to interpretation.  For instance, because KP deals with how a player executed a certain movement or action, we can use different forms of feedback to reinforce good mechanics or to correct a technical flaw.

Most experienced coaches will intuitively provide either KR or KP feedback, depending on the aim of the session/drill. Other times, however, it might be appropriate to combine the two types of feedback: “That ball landed short of the target line (KR), because you didn’t accelerate your hand/wrist through contact (KP)”.

The issue as I see it, however, is that players are getting this type of feedback too often – sometimes after every single shot! This is the frequency part of the equation (which we’ll explore in next week’s post). But there’s one important factor we must consider in all this; whether a player knows it or not, there is always an internal dialogue in their heads – i.e. self-feedback.

This self-feedback is called intrinsic feedback; while KR and KP feedback (which is provided by the coach or could be by some other observer/training partner etc) is referred to as extrinsic (or augmented) feedback. Here is Reid et al’s (2007) take on this:

“The provision of too much extrinsic feedback is suggested to breed an over-reliance on the coach, and impair an individual’s ability to independently process and evaluate information. This may manifest on-court with some players becoming anxious at the prospect of having to problem-solve without direct, extrinsic feedback or guidance.”

As coaches, we all want what’s best for our players – at times, however, that might mean to let them be. I’ve dealt with this situation many times; a player constantly looking towards me after every lost point in a practice set. While my instinct is to provide them with the solution, I try to bite my tongue and give them the platform to ‘figure it out on their own’. In the moment, they aren’t always happy, but after the fact, they realize the benefit of this coaching strategy.

A lot of this is dependant on the level of the player, and their subsequent stage of learning. Motor learning literature (Reid et al 2007), does suggest that as player’s skill develops/augments, there should be less and less reliance on extrinsic feedback, allowing intrinsic self-talk to carry the brunt of the work.

[Daz comment]  I always say to my coaches that every drill should have a clear outcome (KR) and process (KP).  I also say that with naturally competitive people you need to ‘keep score‘ to keep them engaged.  Naturally, KR lends itself to this so you can do a speed drill and time them or simply see who crosses the finish line (target) first!  But I also like to keep score with ‘how well’ someone performed the exercises (KP) and award points for the best performed movement even if it wasn’t the fastest.  Obviously ideally we need both- fast and high quality movements!

As a coach I have to say I know I have a tendency to give quite a bit of KP feedback, perhaps too much! With poor moving athletes I have a tendency to start with a high level skill and then try and correct all the errors that I see with KP every rep! What I am experimenting with is starting with a more simple skill and then adding progressions so that they maintain the basic skills without too many errors and have time to make corrections themselves as the level of difficulty increases.

Level 3- Sidesteps to Left or Right according to coach signal

If I let them perform several reps at each level this will allow for a range of abilities.  It does mean the most capable athletes will be waiting for a few reps before the task gets more challenging, but in the meantime they can still stay motivated by having a race with their peers!

Giving Feedback- Why Less is More- Part 2
Scroll to top