Well it’s been a busy week for me getting the latest Ebook I’m writing finished and the highlight of the week was spending the day at the Middlesex Student S&C Conference.

Rob said he had been working with the students at Harrow school for a few years now and had gone from his first day where he saw around 5 good clean screenings of an Overhead squat out of 800 students to now having students at 15 years old lifting 175kg for 8 reps on the Deadlift.

He started by showing us this Snatch balance performance and asked us a) if it was any good and b) to find the fault.

We agreed that it was good.  The symptom of the fault was that he would fall forward with the weight but the cause was a very slight heal raise of the left foot.  Now he went on to explain later that this type of fault could be described as a ‘mouse in the room.’  He said that for professional Olympic lifters then this mouse in the room would be very important.  To squat deep butt to floor (B2F) you need around 20-30 degrees dorsi flexion.  This lifter probably lacked about 5 degrees in his left foot but that was enough to throw off his lift and the imbalance got magnified as he went up in weight.

However, for most athletes you need to focus on finding the elephant in the room.  Rob said that several screening tools have come on the market of which the Functional Movement screen (FMS) is the most widely used and well known.  The problem with the FMS is that even for experienced coaches it takes at least 12 minutes and up to about 20 minutes for less experienced coaches.  This is too long when you have a large group. 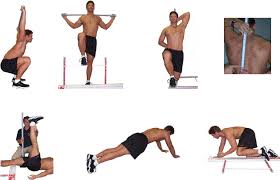 So at Harrow and in other professional settings where he works, he has decided to use an Overhead squat and a Single leg squat as these TOGETHER will reveal most of the elephants in the room and allow you to quickly determine the key programme considerations. Below are the key aspects each of the squats highlight

Chicken or the Egg? 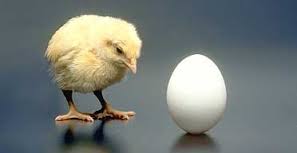 Now all these screens are designed to detect a muscle imbalance, which is a combination of a motor pattern issue, a tightness and a weakness.  Rob said the problem is ‘Death by Over Analysis,’  who cares if the athlete got tight and then got weak, or they got weak and then got tight or the motor pattern was faulty so they got weak etc etc.  In 99% of cases the elephant in the room will be because of one of three things: 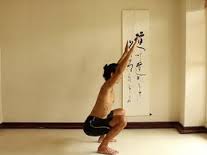 -Ask them to go ‘as deep as possible without falling over’

Rob asks the athletes to go as low as possible.  Apparently the NASM only ask athletes to go to parallel (which is about 120 degrees at the knee).  The picture above is at 90 degrees.  I learnt from Rob that you need about 10-15 degrees dorsi flexion to 90 degrees (which is also known as a half squat).  You need about 15-20 degrees to hit the parallel squat and about 20-30 degrees to hit a full squat (B2F).

I also learnt that you should expect the spine to stay in neutral up to a depth of thighs parallel.  After this point the pelvis will have to tuck under into a posterior tilt to make room for the femur.  He also said that the pelvic tucking is nearly always attributed to tight hamstrings but actually in many cases blocked ankles are the cause.  Don’t assume it’s hamstrings.

I asked Rob about the ‘Scottish hip’ that I had heard Stuart McGill talk about at the UKSCA conference a few years back. Rob agreed that for athletes whose hips get impinged when their feet are parallel will be allowed to turn their feet out but it will be noted on the screening results.  This impingement can be confirmed with an assessment of their hips on a couch, where they will probably present with tightness in internal rotation.

Rob looks for 45 degrees bend at the leg on this one.  His rational is that in most sports it is very rarely necessary to have more bend at the knee when on the sports field.   The hands are on the hips and the free leg is slightly bent in front.

The main thing to look out for are:

-lean back (you can correct this with cable chops)

-lean forward (you can correct this with cable lifts)

Well that sums up the review of our first presentation.  Hope you like it!