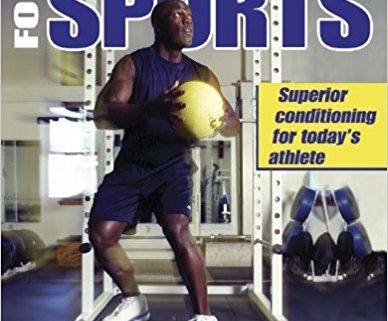 Mike Boyle wrote Functional Training for Sports in 2004, and since then has been a proponent of unilateral or single leg training. 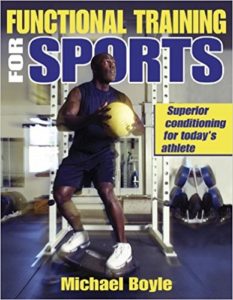 During promotion for his Functional Strength Coach DVD he went on record to say, ”Squatting is not a lower body exercise.  It is a lower back exercise.  At some point your lower back doesn’t allow you to transfer any more force through your legs and you stop.”  Meaning at a certain point for most athletes, the ability to stabilize through the core/torso during the back squat becomes the limiting factor to increasing squatting load.

He talked about some of his athletes who could do 115 lbs split squat for 15 on each leg.

”If I had said you are going to back squat 230 lbs for 15- absolutely no conceivable chance they could do, and I don’t think they could even do 5.  It’s so far out of whack what they are capable of doing on two legs.”

Mike affirms that in a back squat the failure, the injury area, is always the lower back.  ”If we can take the load and cut it in half that has to be a good thing.

Let’s say you can back squat for 300lb for 10 but if you can split squat 150 lbs (75lbs dumbbells in each hand) for 10 that is the same equivalent load on that one leg.  But the difference is that the spine is experiencing half the load.”

[author’s note- as we will see later 150lb is not the same equivalent load on one leg, it’s actually more!!  However, for the bilateral proponents the point I feel is worth discussing is how the total body system responds to working against 150lbs or 300lbs!!! From my personal experience the ‘stress’ of managing a bigger weight across two legs has to have a different effect on the nervous system than doing less across two separate efforts on each leg,   But for now let’s focus on the single leg topic. ]

So what are the best options for single leg training??

Thanks to years of experimental data with Mike Boyle he was able to suggest a tried and tested progression.  Before progressing on to unilateral work Mike suggested that you want to build up to around 50% bodyweight for a bilateral Goblet squat.

At APA I personally recommend the following progressions:

Let’s look at how you can progress the Lunge pattern into the single leg squat. 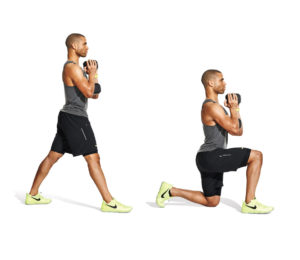 Start with a goblet squat hold.  This helps to keep the torso upright.

But when you get up to a certain weight….Mike found athletes complained that the big toe was killing them on the back foot.

Quadricep dominant version– in this version with a tall torso the centre of mass is back right over the hip and because of this the quadriceps are having to do a lot more work. 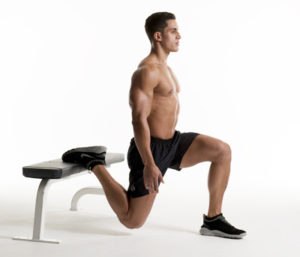 Glute dominant version- in this version the trunk flexion drives hip flexion and now the centre of mass has shifted forwards in between the hip and knee and increases the demands on the glutes. 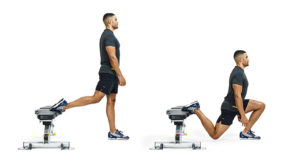 => takes the pressure off the rear foot toe

=> it’s an elevator not a saw- vertical orientation of push, with knee just a little bit posterior to hip so you get a gentle rectus femoris stretch.

The idea is Goblet load until you can’t goblet load any more- you can’t get the weight up anymore.  At that point go to dumbbells held down by your side. 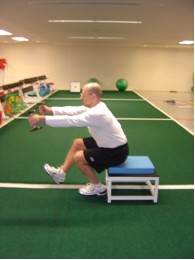 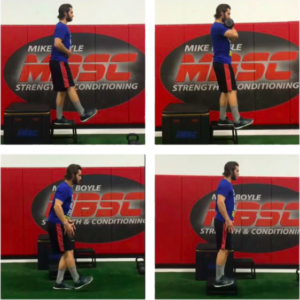 At the recent Child to Champion Conference Alex Natera spoke about how he uses single leg work in his training with track and field athletes.  [authors note: the single leg squat is to quarter squat depth- not parallel]

He said track coaches often get ‘twitchy’ about doing heavy squats once it gets closer to important competitions but they were only too happy to let him put 10-50% body weight (BW) through them on one leg!!!!  This was a sneaky way to keep going with strength training.

Assuming an equal load distribution between limbs in a double limb movement, the SL movement equates to 1.62 times the intensity in one leg of the double leg movement.

To be honest, the mathematics is a little too much for me but Alex was pretty clear in estimating the following: 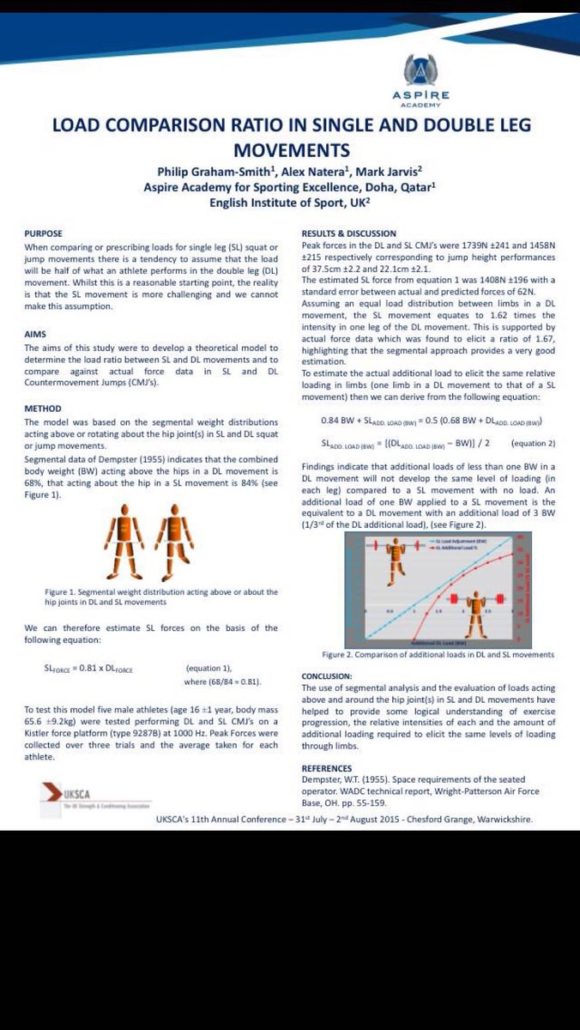 Mike doesn’t have his athletes back squat heavy.  He teaches them the squat pattern early on with a goblet squat so that they can be set up for the olympic lifts which he does use in his programme- but the back squat is not a focus.

Like anything in life it is never black and white.  I respect Mike for taking a stance on this because he believes the compressive loads at high weights is not a good situation for the lower back.  I personally think you need to train both double and single legs with the highest safe load you can manage.  But I think it’s really smart to recognise that you can focus a bit more time on single leg work knowing that the spinal loading might be lower but the overall stress through the lower limb is significantly higher.

I hope this has been of interest to you.

Use of Heavy Sled Training for Improving Horizontal Force Output

Nutrition tips for the hot summer days
Scroll to top