This week’s post is a guest post from APA coach Konrad McKenzie looking at the role of the Core. 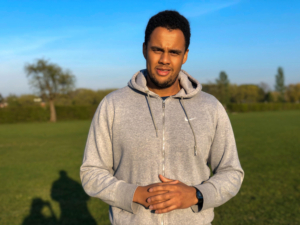 The Core is a broad term that is used frequently in the fitness industry. However, I feel we should give it the respect it deserves by considering its anatomy and function – rather than ‘chucking in a few sit ups’ at the end of a session. Once we have an idea of this, we can begin to train this region with intent, purpose and focus.

Muscles associated with the core

At the muscular level, muscles of the core include; QL, Rectus Abdominus, internal/external Obliques, TVA, Gluteals, spinal erectors, and more. These muscles provide a base to transmit forces and are often seen as the vital link between the upper & lower body. 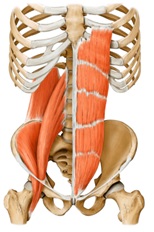 Muscles and the myofascial matrix

Before delving into the operation of the core musculature, it is important to understand the complexity of the myofascial slings (or trains) that connect the body and surround the core. Myofascial tissue is made up of layers of fibrous connective tissue, muscle, and tightly packed bundles of Collagen. Although I do not want to delve into too much detail in this blog, a significant proportion of this Myofascial tissue surrounds the core – similar to a Serape.

This has large implications when we are considering the transduction of forces. It fortifies the idea of muscular and fascial chains driving movement as opposed to individualistic muscles functioning independently.

A further look into the Sling systems

Muscles and myofascial tissue are linked. They operate within interdependent subsystems called ‘Slings’ which, when stimulated, synergistically contract to produce efficient movement – these subsystems are named the Anterior Oblique sling, Posterior Oblique Sling, Deep longitudinal sling and the Lateral sling. 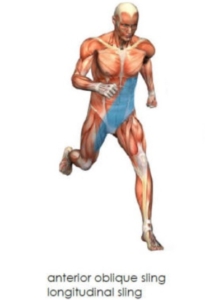 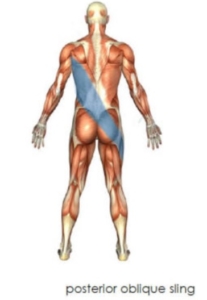 I want to focus on the Posterior (POS) and Anterior Oblique slings (AOS) – notice how they work in a diagonal pattern. Muscles within the POS include the Gluteus Maximus, Latissimus Dorsi, and Thoracolumbar fascia. The AOS includes the external and internal Obliques, opposing leg adductor complex, and hip external rotators. Both of these systems work synergistically to produce movement and stabilise the lumbo-pelvic-hip complex.

Myofascial slings transfer force from the point of origin to other parts of the body. They are interconnected and organised in a way that allows an optimal transfer of forces. Additionally, dysfunction and pain in one area may be caused by another area of the body.

‘It is the victims who cry out, not the criminals’ famously expressed by Diane Lee.

These slings also operate to stabilize the pelvis and spine during movement particularly important if you participate in rotational sports. 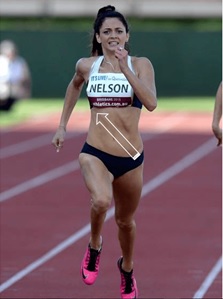 Photo taken from: Altis, highlighting the rotation of the shoulders and hips happening in opposite directions. Notice the trunks anterior musculature is pre-stretched in a diagonal pattern.

Acknowledging the human body as interconnected and operating as one system is important – especially if the goals are to increase athletic performance or to improve health.

**This discussion will not go into the depths of myofascial lines and meridians, if you want to find out more, a great book that I am digging my teeth into is Anatomy trains by Thomas Myers **

When it comes to training the core, I am a huge fan of Mike Boyle’s methodology. He does a great job in explaining the function of the core in athletic movements and provides a bank of exercises in the second edition of his book – Functional Training for Sports Performance.

During Athletic tasks, we want the core to have sufficient levels of strength and stability to transfer forces through the entire kinetic chain; this enhances performance and reduces the chances of injury. During high intensity movements it is evidenced that the natural function of the core is to resist motion in the hips and spine. It is impossible to imagine fluid, efficient movement if these segments of the body are excessively moving, thus ‘leaking’ force, due to an inefficient energy transfer from the ground up. Also, a significant number of lower back injuries occur due to the inability of the core to tightly control rotation at the L5- S1 level. Would you rather be a stiff spring or a tomato?

When looking at programming core exercises my approach has definitely changed over the years. I like to focus on the ‘Anti’ Exercises; I look at selecting exercises which challenge anti-rotation, anti- extension and anti- lateral flexion.

Now, the requirements of the sport will dictate which core exercises will have emphasis but a healthy dose of all the core exercise categories would be considered in a fitness program.

I hope that gives you some more ideas when thinking about training this important region of the body.