This is the last blog post to round off my series on ”Power” development as it relates to jumping.  There will definitely be a follow up on other concepts such as rotational power and upper body power, but I’ll save that for another day.

Special Strength Training Manual for Coaches – Vuri & Natalia Verkhoshansky (2011) has been a go to text for me over the years, and each time I read it I take another gem away.  It’s certainly not an easy read, even with the good translation it’s still written in a pretty complex writing style so it can be hard to get through in parts. 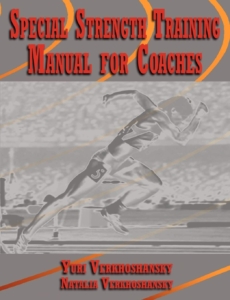 In this Part 1 I’m going to summarise the main loading schemes used for resistance training.  Part 2 will look at combined methods of Special strength training (SST).

The ultimate goal is to increase the level of maximal explosive force effort of similar movements using highly specific explosive strength exercises (jumps).  Before the use of these highly specific explosive strength exercises, it is necessary to enforce the main muscle synergies (coordination), which ensure improvements in the CAPACITY TO OPPOSE THE FORCE OF GRAVITY: barbell squats, standing calf raises and more specifically, the seated calf raise.

These preliminary (General Preparatory) exercises are aimed at increasing maximum strength; they should be executed slowly with high overload ranging from 80 to 93% 1RM.  In order to safely execute these exercises with high overload, it is necessary to carry them out starting from a lower load and gradually increasing it.

This allows an athlete to perform the exercise at a high level with one or another characteristic of movement i.e., speed or power.    This method is used for development of Maximal, Explosive, Starting (Ballistic) and Reactive Strength.  The rest periods between sets should be of sufficient duration to restore the body back to ‘optimal’ condition.

The main variant of the Maximum Effort Method is 2-3 repetitions with 90-95% of 1RM with obligatory muscle relaxation between repetitions.  This involves racking the bar in between reps, known as a cluster set. Training sessions consist of 2-4 sets with 4-6 minutes rest periods. 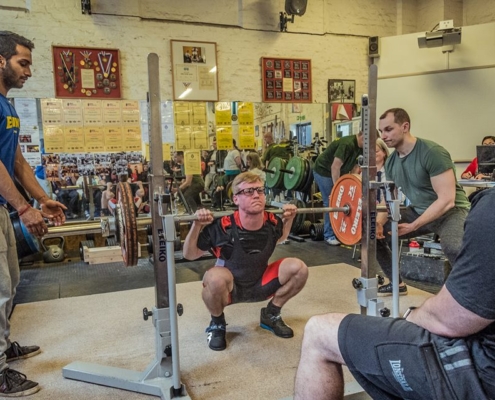 If the resistance exercise allows one to execute a specific number of repetitions in the form of a repetition maximum, until failure, it is recognised as the Refusal Method.

This uses a resistance that allows one to execute a specific number of repetitions in the form of a repetition maximum e.g., a 10 RM prevents an 11th rep.  This method is used mainly for Strength Endurance.  The work is performed, for example, in 4 to 6 sets with rest between varying from 30 seconds to 2 minutes.  If the ‘work to failure’ method is executed with more sets, the amount of resistance must be reduced, in order that only 10 repetitions are executed each set.

This method is characterised by sub-maximal work intensity and volume, and a load slightly lower than the Maximal Effort Method.

Depending on the length of the rest periods between each set, two different methods may be classified: Repeat Method and Interval Method.

If the rest period between sets of exercises is of sufficient duration for the restoration of the body back to an optimal condition it is recognised as the Repeat Method.  The repeat method is used for the development of Maximal Explosive, Starting (Ballistic) and Reactive Strength.

If the rest period between sets is not of sufficient duration for the restoration of the body back to an optimal condition it is recognised as the Interval Method.  The interval method is used for the development of Strength Endurance.

This method is not effective for improving speed, but it is useful at the beginning of the off-season training to prepare the muscles for heavier workload.

In each of the variants, the muscles must not be relaxed between the movements (repetitions).  Unlike the Maximal Effort Method, all repetitions of a single set are performed continuously.

I would also add here ”Vertical jumps with a barbell” (for starting strength aka ballistic strength) with loads of 30-60% 1 RM and 4-6 reps.    They must not be executed as consecutive jumps, but as a ‘set’ of single jumps, where you stop and relax (shake) the legs, one after the other (the athlete can also rack the barbell).  Verkhoshansky refers to this loading as Explosive strength, but at APA 30-60% would fall in the Ballistic strength category. 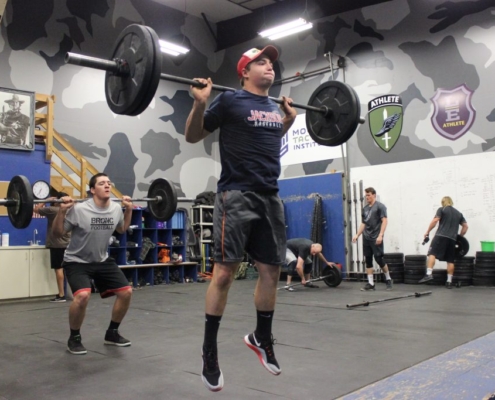 When the athlete already has a high level of Explosive Strength but needs to further increase it, they should use the Vertical Jump with a barbell with 4-6 reps with an overload of 50-60%, executed with relaxation of the legs between each jump.

This method uses repeated sub-maximal intensity exercises with shorter rest period than in the Repeat Method.  This method increases the power and capacity of energy supplying mechanisms.

VARIANT 2 – Increasing Power and the capacity of glycolytic mechanisms:

In both variants, the training effect of exercises has to be increased by:

*It is not entirely clear what the optimum loads are for the ”jump exercises with overload,” as a few different loading schemes are mentioned.   Consecutive Barbell jumps consist of completing 10-20 of one of the following jumps:

Now, it was recommended to perform 2-3 sets of 12-15 repetitions at a 20 RM in a Preparatory block used in Tennis, which equates to 60% 1RM.  I personally wouldn’t want to do consecutive parallel barbell squat jumps at that load but that is just my personal opinion, so I think the 30-40% 1 RM is more realistic.

With 10-20 repetitions performed in an aerobic regime are used to improve local muscular endurance; they may also be used as a means of developing Explosive strength for athletes with: